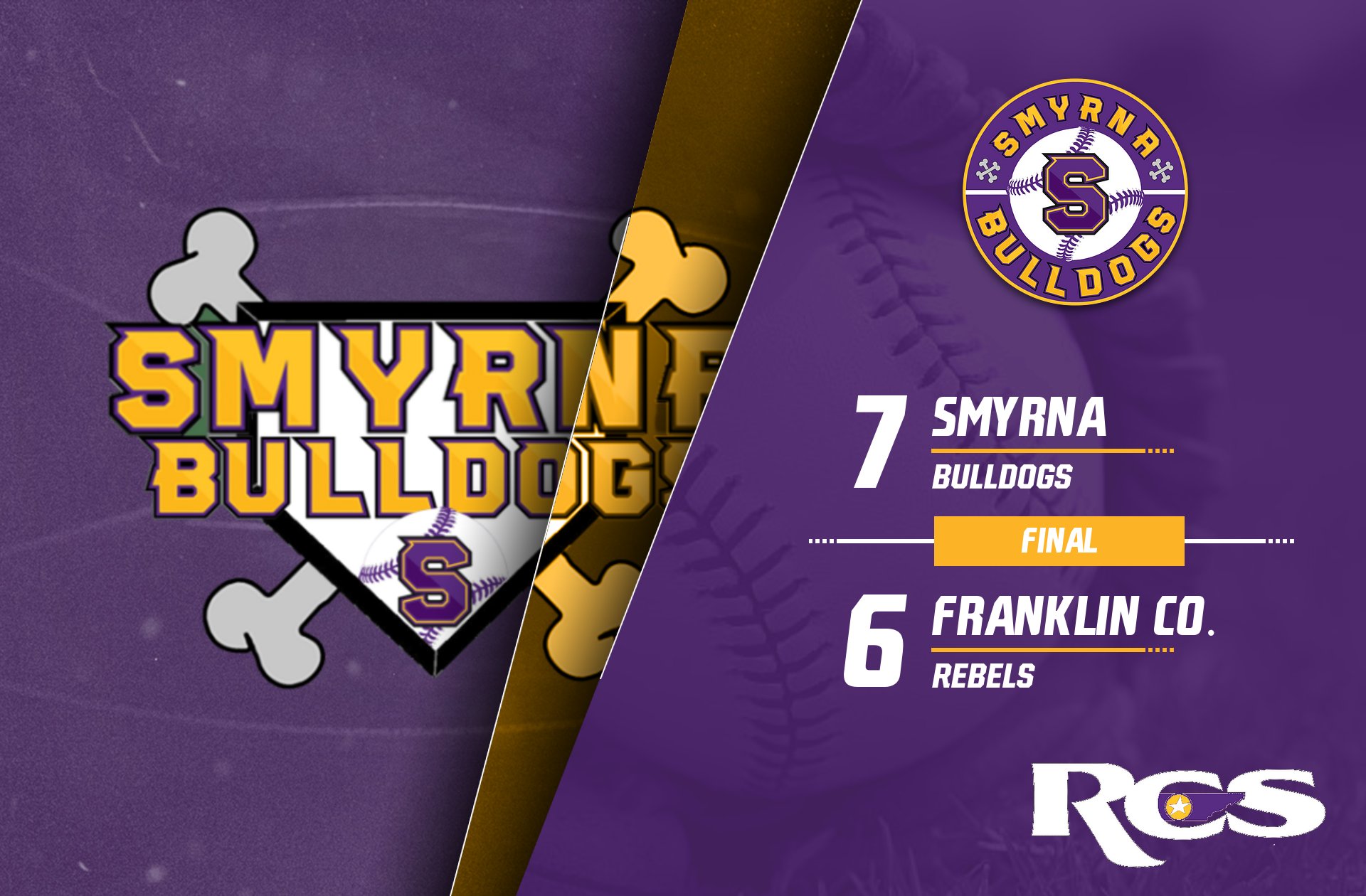 Despite seeing its four-run lead whittled down by the end, the baseball team still held off Franklin County for a 7-6 victory on Saturday. Franklin County scored three runs in the failed comeback on a single by #15 and a single by #9.
There was plenty of action on the basepaths as the Bulldogs collected seven hits and Franklin County had 11.
The Rebles got things moving in the second inning. #9 grounded out, scoring one run.
Smyrna pulled away for good with three runs in the third.
In the third Drew Horn singled on a 1-0 count, scoring two runs and Dominic Hendricks drew a walk, scoring one run.
Franklin County scored three runs in the seventh inning. #15 and #9 each had RBIs in the frame.
Landon Rhyne led the Bulldogs to victory on the pitcher’s mound. The pitcher surrendered three runs on six hits over four and two-thirds innings, striking out five. Tavien Tigg, Donovan Peebles, and Horn all put in work in relief out of the bullpen, steering their team towards the victory. Horn recorded the last out to earn the save.
Franklin County’s starting pitcher surrendered four runs on three hits over two and two-thirds innings, striking out two. #12 and #9 entered the game as relief, throwing three innings and one-third of an inning respectively.
Horn, J.D. Elliott, Jonathan Stewart, Anthony Pastrana, Peebles, TJ Sims, and Trey Letender each collected one hit to lead Smyrna.
Franklin County tallied 11 hits on the day. #13 and #18 all collected multiple hits for Franklin County.
“Powered by Narrative Science and GameChanger Media. Copyright 2021. All rights reserved.”